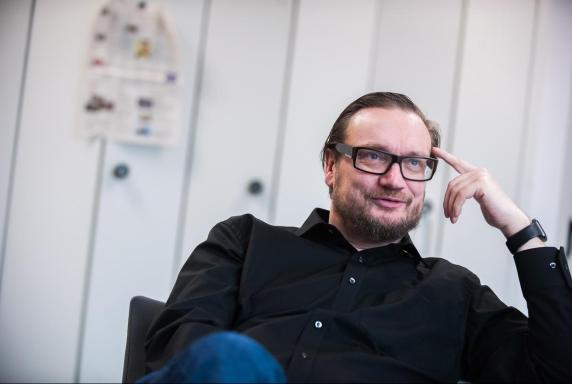 After the immediate withdrawal of Türkgücü Munich from the 3rd division, Osnabrück’s managing director Michael Welling also spoke up.

Now it is clear: Türkgücü Munich is out. All games against the Munich club are cancelled. VfL Osnabrück is on the losing side of this hitherto unique decision by a club. Coach Daniel Scherning’s team lost four points, while their competitor Saarbrücken lost six points.

Osnabrück’s managing director Michael Welling says he immediately thought of the club’s employees. “Both the players and the people in the office. I was once allowed to work for an insolvent association. That’s why I first thought of the employees who are now losing their jobs,” Welling said in an interview with the club’s YouTube channel. “It’s very bitter. We must not forget that this is about people who have been hit very hard.”

However, the former chairman of Rot-Weiss Essen is now questioning the integrity of the competition. “It doesn’t change anything about our task on Saturday, but the table is crooked. We have an odd number of games and that will remain so until the end.” Türkgücü’s withdrawal also has economic consequences for the remaining 19 clubs. His example: Kaiserslautern, who now have no play on the last day of the game. “They have one less home game, the last one before Betzenberg, which is sure to be sold out, with a special atmosphere, but also a loss of income.”

As far as the media partners are concerned, one must wait and see whether there will be follow-up costs as a result of the Türkgücü exit. “This is something economically that is not only a direct problem for Türkgücü, but for all of us.”

In addition, the club was also a competitor on the player market before the season. “Surely some who would have played for other clubs chewed to Türkgücü because they made good, maybe better money there. That too is something that needs to be questioned in the future.” You have to think about the licensing process, and Welling also advocated a salary cap: “It could be something where salary expenditure is linked to the club’s guaranteed income. Then something like this would not have happened.”