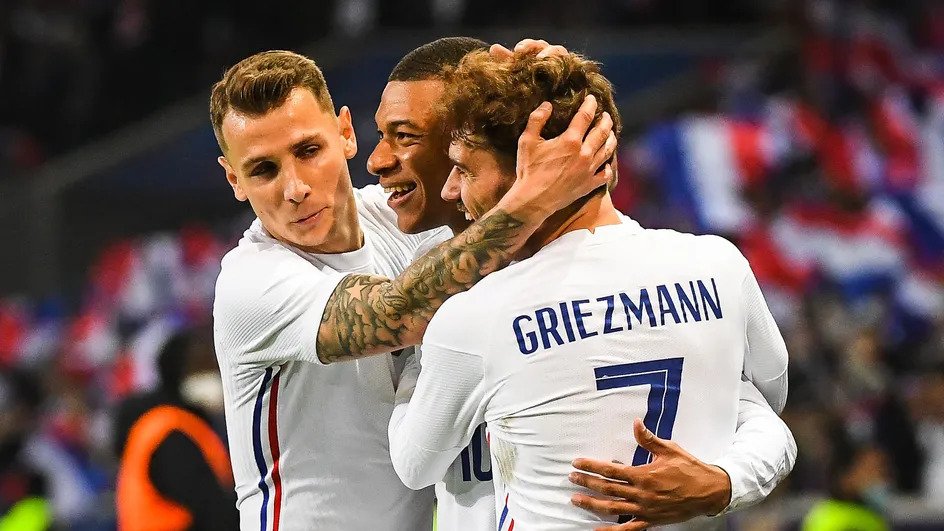 The France team has largely won, thanks in particular to a double from Kylian Mbappé and a goal from Olivier Giroud (5-0), Tuesday in Lille.

Kylian Mbappé was hungry. It was seen, and the Pierre-Mauroy stadium had a great time. In front of the 48,120 spectators present,  Tuesday March 29 in Lille, for this friendly match between the France team and South Africa  (5-0), the Paris Saint-Germain striker put aside the first days of this March gathering. Past the controversy around his boycott of marketing operations , past this ENT infection which prevented him from playing against Côte d’Ivoire in Marseille. Place in the field.

Didier Deschamps had anticipated his player’s desire to do battle and therefore left him on the pitch until the end of the match. Well he took it. At 2-0, after having already done everything in the first period, Mbappé went to bury the meager South African hopes. A penalty caused, then converted (76th). A 26th goal in Blue, two units from the top 10 of the best scorers in the history of the France team. Packed, it is weighed.

Before that, Mbappé had already started the first for the Blues. We play the 23rd minute of this friendly match when Antoine Griezmann finds Mbappé at the far post. The center is long, far from easy to negotiate. But the Paris Saint-Germain striker gives a magic wand with a sublime curling shot. The ball ends up in the opposite corner. All at a standstill. The French team is leading and it is an understatement to say that the whole Pierre-Mauroy stadium felt this goal from Mbappé coming as big as a house.

Because the striker did everything on his own during the first half hour. And always with a sense of the collective. For nearly thirty minutes, Mbappé played the role of both Griezmann passing, Giroud finishing and particle accelerator… à la Mbappé. Something to thrill the public with every touch of the ball, every acceleration, and something to pull his teammates up. Follow the boss, he is the guide.

In the second period, Mbappé still wanted it. Twice he could have scored one more goal. But twice, he fell on a very good Ronwen Williams, the goalkeeper of South Africa (52nd, 63rd). The score could have been much wider in favor of the Blues without Williams’ stops in front of Lucas Digne (38th, 64th) and Olivier Giroud (6th, 54th).

The number 9 of the France team, once again established on Tuesday by Didier Deschamps when he was initially not supposed to participate in the rally, will not come out of this evening frustrated. He came even closer to Thierry Henry’s France team goal record. After taking advantage of a laser opening from Griezmann – his second assist of the evening – Giroud showed incredible composure in the area to score his 48th goal with the Blues (33rd), three units from 51 goals of Henry.

After these two matches, it seems unthinkable not to see Giroud in Blue again during the next rally in June. Absent since the Euro, the AC Milan striker reversed the situation in less than a week and could even have afforded a double at the start of the second period without the intervention of the South African goalkeeper. He had been, on this one, served by Jonathan Clauss, the Lensois who lived his second selection , the first as a holder in Lille.

Sometimes whistled, sometimes acclaimed by the Pierre-Mauroy stadium before leaving to the ovations of the public, Clauss showed himself to be enterprising and will certainly be one of the novelties of this French team to see again in three months for the start of the League. nations.

Just like Mattéo Guendouzi, author of his first goal in Blue at the very end of the game (90th + 2) with a nice strike from the entrance to the surface. Until then, Deschamps still has time to think about how to refine his system, far from being in difficulty today against a very weak opposition from South Africa, who finished ten against eleven after the expulsion of Khuliso Mudau (85th).

There are still a few projects, in particular the attack and the contribution of substitutes. Even if Wissam Ben Yedder, who entered during the game, scored at the end of the match (82nd) ​​for his third goal with the Blues – his first for almost three years in selection – his ability to make differences during the match remains to demonstrate. The same for Christopher Nkunku and Moussa Diaby. In the meantime, the Blues will find Karim Benzema and can count on a Kylian Mbappé far from being satisfied. It promises