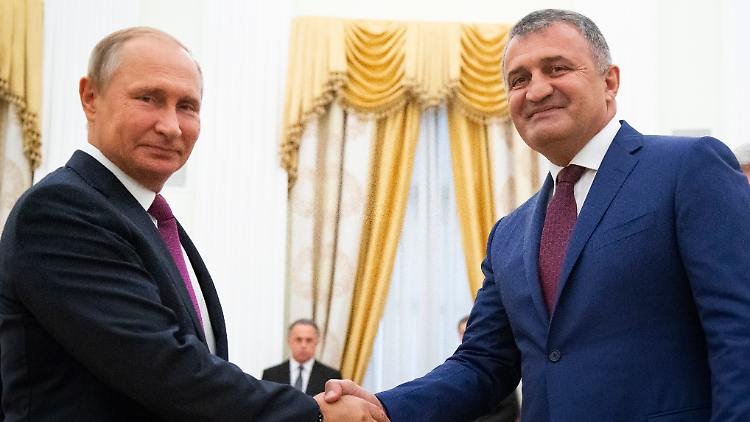 New troops for the Russian invasion of Ukraine: The separatist region of South Ossetia announces that it will send troops into the war zone. In the words of ruler Bibilov, his soldiers are “burning” for action on Russia’s side.

The breakaway Georgian region of South Ossetia has said it has sent troops to Ukraine in support of its ally Russia. “Our boys will carry out their military duty with a proudly raised flag,” South Ossetia ruler Anatoly Bibilov said in the online service Telegram.

In his words, the soldiers “burn” for the mission. “They understand perfectly that they will defend Russia, that they will also defend Ossetia,” said Bibilov. He referred to statements by Kremlin boss Vladimir Putin, who justified the Russian military operation in Ukraine, among other things, by saying that the army was fighting “Nazis” there. “If fascism is not crushed at the distant borders, it will manifest itself here again tomorrow,” said Bibilov.

He did not say how many soldiers were sent. However, Bibilov released a video showing several buses and trucks on their way, decorated with the flag of South Ossetia.

In August 2008, the Georgian army launched a military offensive to recapture South Ossetia, which has been controlled by pro-Russian separatists since the early 1990s. In response, Russia deployed soldiers to Georgian territory, who inflicted a crushing defeat on the Georgian army within five days.

Hundreds of people were killed during the short war. After the military conflict, Russia recognized South Ossetia and the separatist region of Abkhazia as independent small states and stationed soldiers there.