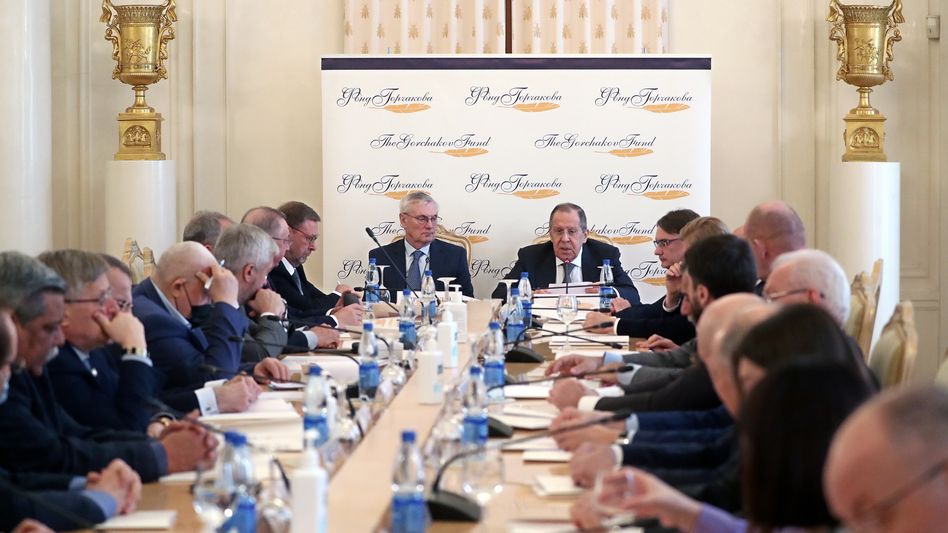 Russia attacked Ukraine, the West imposed sanctions: Russian Foreign Minister Sergei Lavrov has now responded with a Nazi-style comparison.
Because of the attack on Ukraine, the West has imposed numerous sanctions against Russia – now Russia’s Foreign Minister Sergey Lavrov has attempted an absurd comparison. With regard to the sanctions, he spoke of a “total war” directed against Moscow. “Today they declared a real hybrid war on us, total war,” Lavrov said at a meeting with representatives of a diplomatic foundation, according to the state agency TASS.
“This term, which was used in Hitler’s Germany, is now used by European politicians when they talk about what they want to do with the Russian Federation,” Lavrov said. In fact, European politicians are not known to have used the term in recent days. At the beginning of March, France’s Economics Minister Bruno Le Maire spoke of a “total war” against Russia on an economic and financial level in view of the sanctions taken, but retracted the formulation on the same day after criticism.

In contrast, the historical background of »total war« is all the clearer: in 1943, Nazi propaganda chief Joseph Goebbels called for »total war« in Nazi Germany in his notorious Sportpalast speech (read an analysis of the speech here ).

Lavrov now said that Europe’s politicians wanted to “destroy, break, annihilate, strangle” Russia . The values ​​preached by the West, such as freedom of expression, the market economy and the inviolability of private property, as well as the presumption of innocence, are worthless.

In doing so, Lavrov is twisting the facts. In fact, the sanctions are a reaction to the illegal war of aggression that Russia has been waging against Ukraine for over a month. Thousands of people have died, including many civilians, and millions of Ukrainians are fleeing.