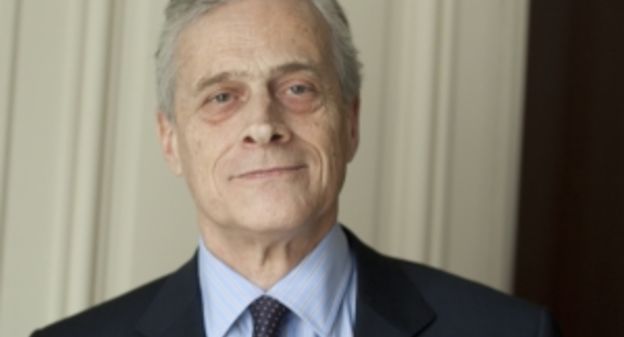 We have learned, with great sadness, of the death of actor Jean-Louis Faure, the French voice of the craziest of television dads as well as many other roles in cinema and series.

We can hear him at the moment in the cinema, in the phenomenon film The Batman by Matt Reeves, where he lends his voice to Commissioner Gordon (Jeffrey Wright). Among many other film and series characters, he marked entire generations by giving his voice to Walter White in Breaking Bad and Hal , Malcolm ‘s dad , with an actor in common for whom he was the official VF. Jean-Louis Faure , French actor particularly active in dubbing, died, announced Emmanuel Karsen – with whom he had collaborated on the VF of Breaking Bad and El Camino – this Sunday March 27.

Beginnings and many roles in dubbing

Jean-Louis Faure made his debut as an actor on stage in the 70s and 80s with, by his own admission, little success. The roles were rare or not very lucrative, and so it was first to (sur)live off his job that he knocked on the door of dubbing studios, then not yet as confidential and closed as today, in the golden age of VF.

Immediately, he had work, and even rather unusual beginnings, on which he returned with amusement in the long interview he granted us . He indeed had the opportunity to be one of the very first VF of Arnold Schwarzenegger, in 1980, in the documentary Pumping Iron , devoted to bodybuilding, while he was still an unknown actor, in the making, four years before his emblematic role of Terminator in 1984, long before the French comedian Daniel Berreta became its famous official VF. Jean-Louis Faure will even have had the opportunity to dub another legend, from another Hollywood age, by being chosen as the French voice of actor Cary Grant in the new dubbing of the classic L’impossible Monsieur Bébéof 1938.

It was on television and in the series that he lent his voice to various supporting roles in many series, at a time when demand was enormous. Throughout his forty-year career, he will have put his grain of salt (and voice) in most of the most popular series, from Smallville to Ally McBeal , from Monk to CSI, passing by Criminal Minds , NCIS and Veronica March . On several occasions, he dubbed patients in the Dr House series , between 2004 and 2012.

But more recently, in the new “Netflix / HBO” era of series, although the VF has been increasingly shunned by part of the public in favor of the VO, it is in essential series of recent years such as Six Feet Under , Game of Thrones , Lucifer , The Good Place that you couldn’t escape his deep, warm and reassuring voice. And of course, among her, that of Hal, the eccentric father with a thousand whims of the series dear to our hearts: Malcolm .

The Turning Malcolm and Breaking Bad , from Hal to Walter White

The Linwood Boomer series , in 2000, was a crucial turning point in Jean-Louis’ career: not only did he inherit a recurring, main role, destined to become cult for generations of spectators according to multiple reruns, but also: he accesses the privilege of the greatest dubbing actors, by becoming the fixed official VF of an actor: Bryan Cranston.

With Hal, Jean-Louis Faure reveals all his talent as an actor, able to follow the virtuoso actor in all his registers and his delusions, capable as well of expressing the emotion of a sugar daddy on edge as the crises nerves of an eccentric and overexcited husband. This high quality VF has clearly done a lot to make the character so dear, endearing and hilarious for French audiences.

Their careers, that of the actor and that of his dubber, therefore took off together, at the same time, and their destinies are thus intimately linked. In addition to all the many films in which Cranston has appeared over the past twenty years, it is in Breaking Bad , for 5 seasons between 2009 and 2013 that Jean-Louis Faure finds Cranston, in the role of the chilling Walter White, joining to the performance of the actor that of a voice actor passing with the same disconcerting ease from the comic register of Malcolm to the dramatic register of the phenomenal and already classic series of Vince Gillighan.

Jean-Louis Faure has always expressed his gratitude to artistic director Catherine Le Lann for having chosen him to double Bryan Cranston from Malcolm . And it is with the same intuition and the same confidence that she later entrusts him with the dubbing of actor Ted Denson, first with his main role in CSI , but also more recently with the main role of Michael in The Good Place .

Interesting feature, Jean-Louis Faure is one of those rare white actors who has been the official or recurring voice actor for several African-American actors: already Matthew St Patrick, among others in his role as Keith, boyfriend of David Fisher (Michael C Hall) in Six Feet Under  ; more recently, Woodside DB with his role as Amenadiel in the Lucifer series  ; but above all, over the past twenty years, actor Jeffrey Wright in his various roles, from series to cinema, with among others Hunger Games , James Bond and recently Commissioner Gordon, in Matt Reeves’ The Batman .

In his own formulation, Jean-Louis Faure equated dubbing work with “karaoke”, and approached this work with a mixture of humility, professionalism and passion. Unrepentant smoker, he considered philosophically that this bad habit had made it possible to strengthen his voice in interesting bass to camp the often mature and virile roles that he was called upon to double.

In addition to a remarkable dubbing actor with a dizzying CV who rubbed shoulders with and collaborated with all the other greatest talents in the industry, Jean-Louis Faure was a man full of kindness, generosity and modesty, as shown by the many reactions published. following this news, like that of Guillaume Orsat, the artistic director of the French version of Breaking Bad :