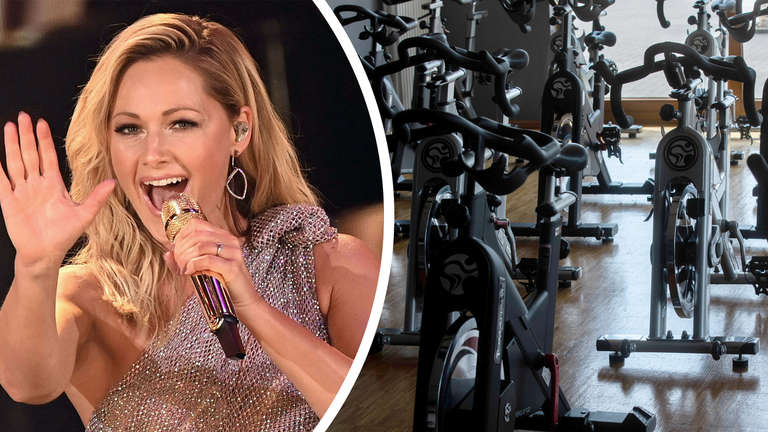 Soundtrack for the new course program from Peloton: Helene Fischer contributes the music to the training. The company has long relied on the interplay of music and sport.

Ammersee – Peloton users and fans of hit star Helene Fischer (37) can look forward to completing their fitness program to the artist’s music in the future. The singer is reportedly collaborating with the fitness company in her Helene Fischer Art Series, according to Horizont.net. She follows in the footsteps of numerous other stars such as David Bowie, Beyoncé and Miley Cyrus, who previously contributed soundtracks to the Peloton program.

According to Marketing Director Anke Drewicke, with the new course program, Peloton is fulfilling the wish that many members have had for a long time to be able to complete their training to the music of the hit star. Drewicke announced in a statement: “The German peloton community is very broad when it comes to music preferences. Among them are many pop fans who have long wanted courses with Helene Fischer’s music. And in accordance with our Members First philosophy, we are very pleased to be able to fulfill this wish.”

The soundtrack to the artist’s Peloton fitness program launched on March 15th and includes a total of four different classes available to all Peloton members via the app, the Peloton Bikes and the Tread treadmill. In the Helene Fischer Run course, the peloton members will be accompanied by German tennis star Angelique Kerber (34). The new course program is to be advertised via the social media platforms, although according to the company, a paid media campaign is not planned for the program.