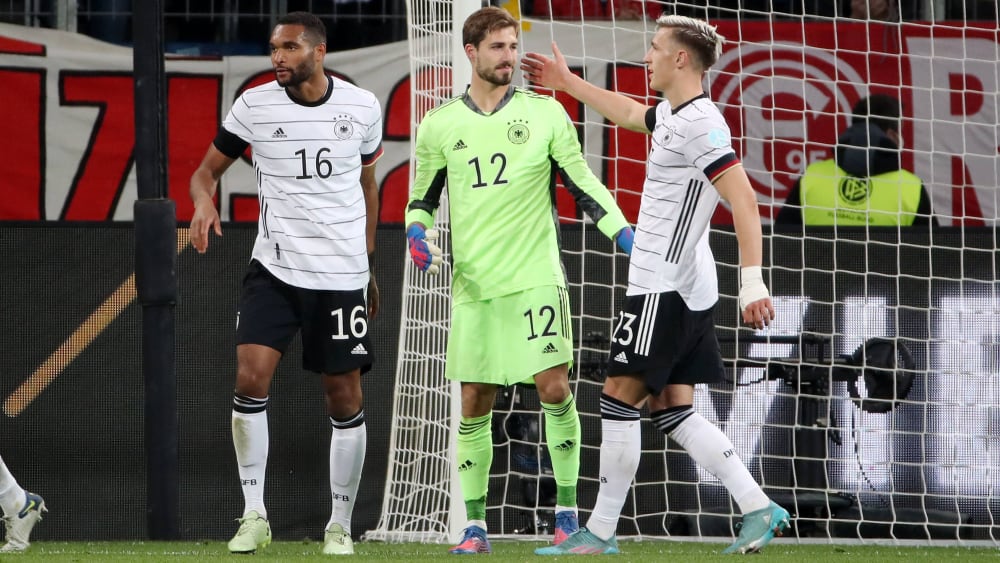 92 minutes Nico Schlotterbeck made an appealing international debut. Then he acted carelessly, but he does not accept the accusation of arrogance.

Actually, the first game in the dress of the senior national team went according to plan for Nico Schlotterbeck . The central defender, who played the full distance in the 2-0 win against Israel  , had very few defensive tasks against harmless Israelis and was able to demonstrate his strengths in the build-up game: he repeatedly moved up the field and placed the conspicuous David Raum on the left wing.

Neither Flick nor Schlotterbeck want to speak of arrogance

Schlotterbeck was still annoyed: “It was just bad in the situation,” said the man from Freiburg. However, he did not want to accept the accusation of arrogance that ZDF expert Per Mertesacker had just leveled: “I wouldn’t say it was a lack of concentration that shouldn’t happen to me,” said the defensive player. “I have to thank Kevin for saving the penalty. That’s how it ended very lightly for me.”

National coach Hansi Flick, who celebrated his eighth win in eight games, also did not want to respond to the accusation of arrogance: “Per, what do you mean?” He asked in an interview, laughing. He looked for the cause of the faux pas less in arrogance than in a lack of concentration: “At this level you simply have to be concentrated for 90 minutes. You can’t make any mistakes.” However, the coach also praised his debutant’s performance in the 92 minutes beforehand: “Up until then he had done well.”

At least Trapp, who had been almost unemployed up to that point, was able to distinguish himself. But Flick focused on the future and warned after the first game in the 2022 World Cup: “At a World Cup, something like that can be deadly in the 90th minute.”