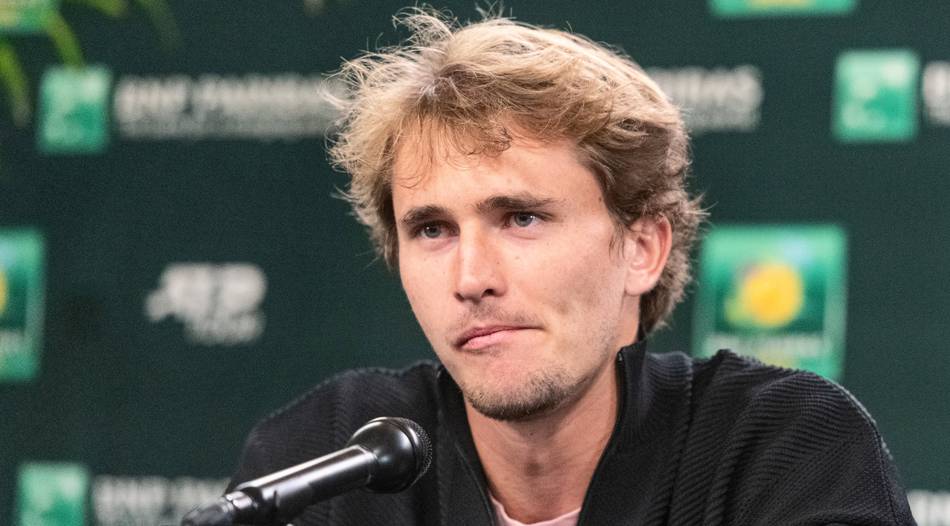 Miami  Alexander Zverev avoided another start at an important tennis tournament. The third in the world rankings won with some effort 6: 4, 3: 6, 6: 3 against the Croatian Borna Coric in Miami on Friday and is already in the third round after his bye.

Olympic tennis champion Alexander Zverev fought his way back to success at the ATP Masters in Miami. The 24-year-old from Hamburg won his opening match against Croatian Borna Coric 6: 4, 3: 6, 6: 3 on Friday. In the third round he will now face Grigor Dimitrov (Bulgaria/No. 26) or Mackenzie McDonald (USA). ). Zverev, seeded number two, had benefited from a bye in the first round.

For the German, it was the first individual victory on the tour since his much-noticed freak out at the tournament in Acapulco a month ago: he recently lost his opening match at the prestigious Masters in Indian Wells.

“That was a good first step,” said Zverev: “I needed a win, some kind of win too. I played aggressively, I didn’t want to give up the match like last time.”

In the meantime, there was also a threat of defeat in Miami because Zverev missed the beginning of the second set after a good start. With the snappy Coric he got involved in one or the other wild exchange of blows and didn’t always look good, the Croatian clearly won the round. Zverev then went to work much more concentrated in the decisive sentence and also presented himself strongly on the first serve. After 2:01 hours he converted his first match point.

Several media reported before the match that Zverev was testing former French Open winner Sergi Bruguera as a new coach. The Spaniard followed the game from the stands. In what has been a difficult year so far, Zverev is now hoping for a sustainable trend reversal. Only with the finals in Montpellier at the beginning of February and with his victories in the Davis Cup against Brazil has he so far lived up to his high expectations.

At the Australian Open , on the other hand, he surprisingly failed in the round of 16, in Acapulco he received a suspended sentence and a fine from the ATP for attacking the referee’s chair. Earlier this week, he also slipped out of the top 3 in the world rankings.

Besides Zverev, Oscar Otte is the only remaining German in the tournament. The man from Cologne will play his second round match against the in-form Frenchman Gael Monfils on the night of Saturday German time.