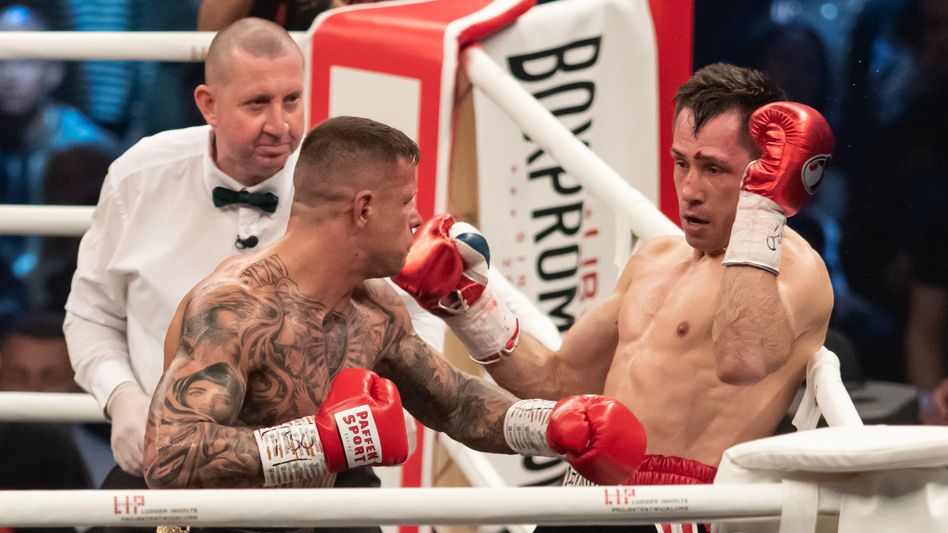 Comeback failed: Hungarian Istvan Szili defeated former world champion Felix Sturm on points in Dortmund’s Westfalenhalle. It could have been the last fight for the 43-year-old Sturm.
The dream of the sixth world title has burst for the time being. Felix Sturm lost to Hungary’s Istvan Szili on points. After twelve rounds, the judges Marco Morales (113:115) and Giulio Piras (111:116) scored for Szili, Ferenc Budai saw the fight as a draw (114:114). A good 4,000 spectators in Dortmund’s Westfalenhalle had actually expected the former world champion Sturm to win, but the 43-year-old was unable to repeat his previous performances.

Szili was the much more active boxer and put Sturm under pressure from the first round with hard head and body hooks. Sturm tried to establish his lead hand, throwing in an uppercut here and there. However, he never managed to take control of the fight.

In the third round, the two boxers butted their heads. Cuts then opened above Sturm’s nose and in his left eye. After another head-to-head crash in lap seven, the bleeding in the eye increased. Sturm complained about his opponent’s allegedly unfair actions, but referee Ingo Barrabas did not recognize any intentional headbutts from the Hungarian.

During the course of the fight, Szili’s hooks, some of which were thrown wildly, repeatedly landed below the belt and on the back of Sturm’s head. Referee Barrabas warned him, but refrained from deducting points.

Just before the end of the eighth lap, Sturm landed a short hook that seemed to impress Szili. The Hungarian wobbled briefly, but didn’t go down. As a result, Sturm got a little stronger, but his final offensive came too late. Szili had already boxed out a comfortable lead on the scorecard, which he managed to do over time.